Hailing from Vancouver, Sandstorm is a power-trio in the grand tradition: PJ “The Butcher” La Griffe on drums, Reptile Anderson on lead vocals & bass guitar, and Stevie “Broke” Whiteless on lead vocals & guitar. The band formed during the winter 2017 and were initially inspired by ‘80s Swedish underground metal, the original NWOBHM movement.

In early 2019, Sandstorm digitally released Time to Strike and did a self-released run of 100 CDs and tapes,  all of which sold out quickly.

Begin striking with the brand-new track "Death is Near"

Tracklisting for Sandstorm (Canada)'s Time to Strike
1. Death is Near
2. Whips and Chains
3. Witchman, Sorcerer of Satan
4. Denizen of Hell
5. Hymn to the Hell Knights
6. Lucia, Warrior of Light 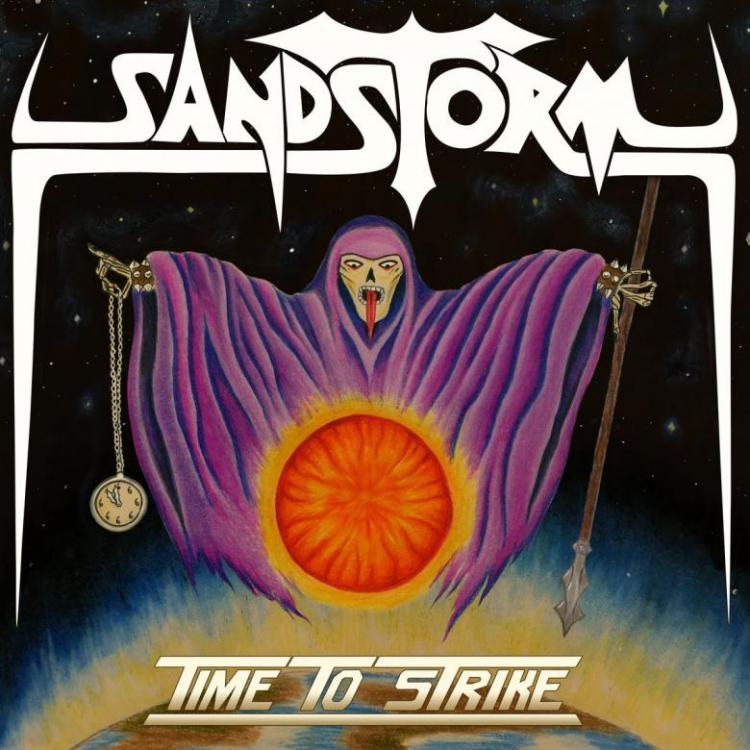 Solitary Sabred - By Fire And Brimstone