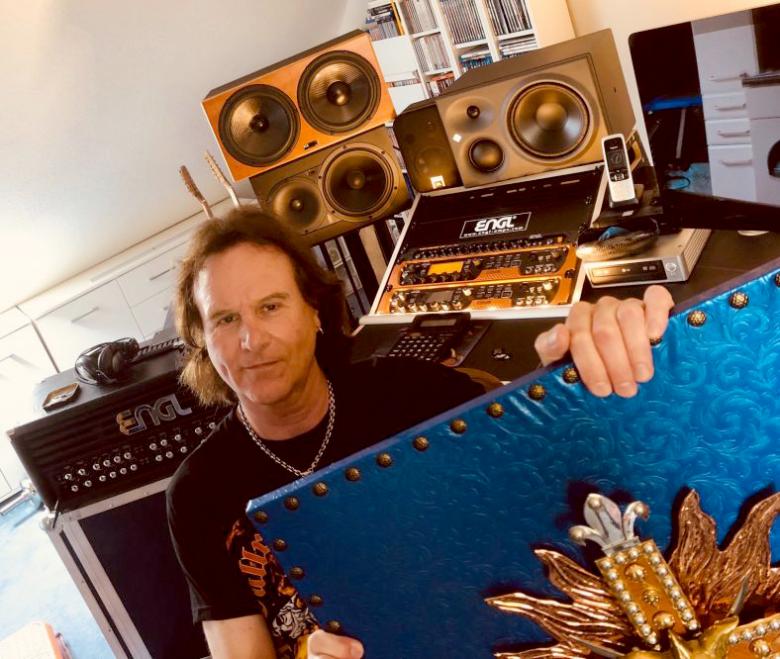 Veteran German metallers RUNNING WILD will release their new album, "Blood On Blood", on October 29 via Steamhammer/SPV. The official lyric video for the LP's first single, "Diamonds & Pearls", can be seen below and will be followed by the second single, "The Shellback", on September 24.

RUNNING WILD leader Rolf "Rock N' Rolf" Kasparek states about "Blood On Blood": "We all know the difficulties the cultural sector was faced with during the lockdown. On the other hand, it also gave me and many other artists some extra time since most releases had to be postponed. I used that time to fine-tune every little detail of my new material. The result is an album that, in my opinion, is probably the best in RUNNING WILD's career to date. Every one of the ten songs sounds exactly as I had it in mind when I composed it. I've never been happier with a RUNNING WILD record before."

Rolf describes "Blood On Blood" as the most diverse offering he has released so far, not only in terms of the compositions but also as far as the production is concerned. "Every song has its own unmistakable sound," he says. "Although I recorded the rhythm guitar parts with my 1976 Gibson Explorer as usual, the other parts were cut with a Gibson Flying V, a Fender Stratocaster and even — the undistorted parts — with a Fender American Standard Telecaster." A prime example being "One Night, One Day", which owes its great depth to its clean guitar performance. Rolf is referring to a song that is guaranteed to cause a stir with its anthemic direction and unusual arrangements. "For me, this track was a little experiment that I've never dared to try before, because 'One Night, One Day' doesn't have the typical intro-verse-chorus structure, instead gradually building up throughout the song," he says.

The grooving "The Iron Times (1618 - 1648)", a worthy album finale, is just as remarkable, with its eleven minutes of playing time the longest track on the disc, and thanks to its lyric about the Thirty Years' War also one of the most ambitious numbers. Speaking of lyrics, "Wings Of Fire" and "Say Your Prayers" are about prophecies, albeit not — as on many other releases — the prophecies of Nostradamus, but, among others, the prophecies of John of Jerusalem, the French Knight Templar and co-founder of the Order of the Knights Templar, who predicted organ trafficking back in the Middle Ages. Historically no less interesting, "Crossing The Blades" sees RUNNING WILD broach the story of the three musketeers from the 17th century, their emblem having been recreated on the cover artwork, once again designed by Jens Reinhold (VIRGIN STEELE, FREEDOM CALL, among others). Rolf says: "It's a kind of hybrid between the cross of the musketeers and our mascot, Adrian."

Despite these lyrical ambitions, "Blood On Blood" also features two "party rock numbers," as Rolf likes to refer to them: "Wild & Free" and "Wild, Wild Nights", which are meant to be pure fun, fulfilling their mission to a tee. And last but not least, there's "The Shellback", a track in typical RUNNING WILD style that starts with a Celtic-inspired intro, RUNNING WILD revisiting the atmospheric seafaring theme of its 1994 classic "Black Hand In", a prequel of that maritime story. Equally characteristic of the band, which, in addition to Rolf, guitarist Peter Jordan and bassist Ole Hempelmann, has since 2019 included drummer Michael Wolpers, who contributed all the drum parts on the new disc, are the lead single "Diamonds & Pearls" (including lyric video) and the title track, incidentally the first number Rolf wrote for the new album. 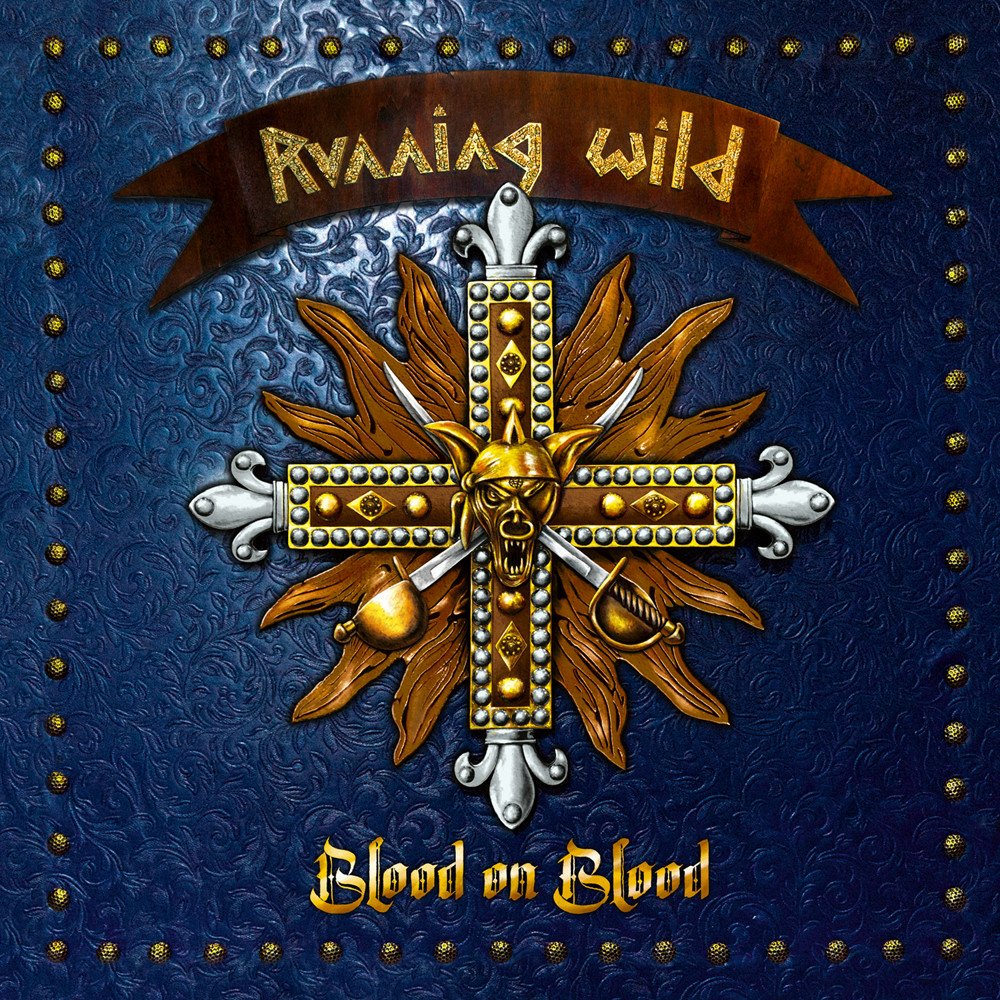 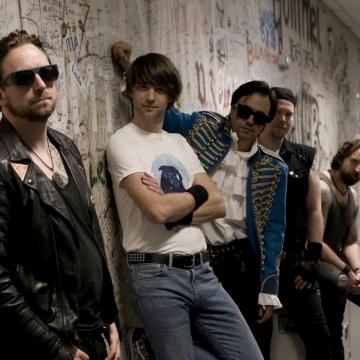 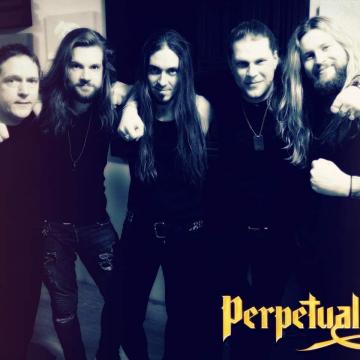 PERPETUAL ETUDE UNVEIL "ONCE WE WERE ONE" LYRIC VIDEO 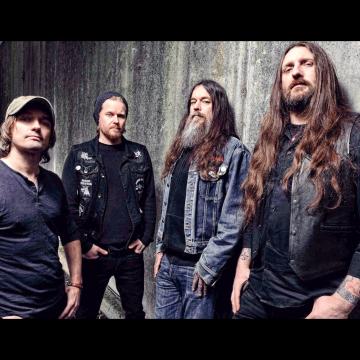 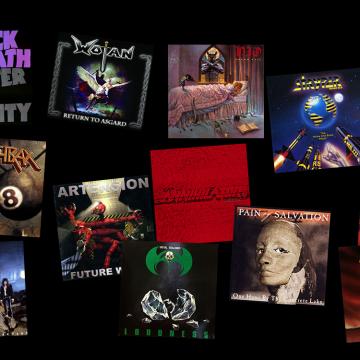 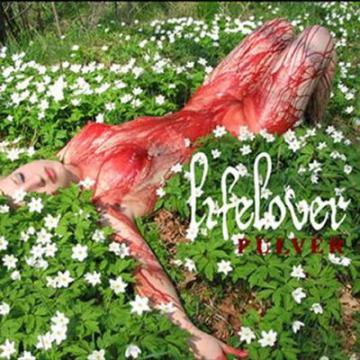 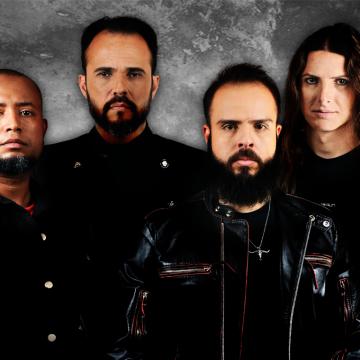 DINAMARQUE RELEASES SINGLE "OUT OF CONTROL" TO ANNOUNCE NEW ALBUM